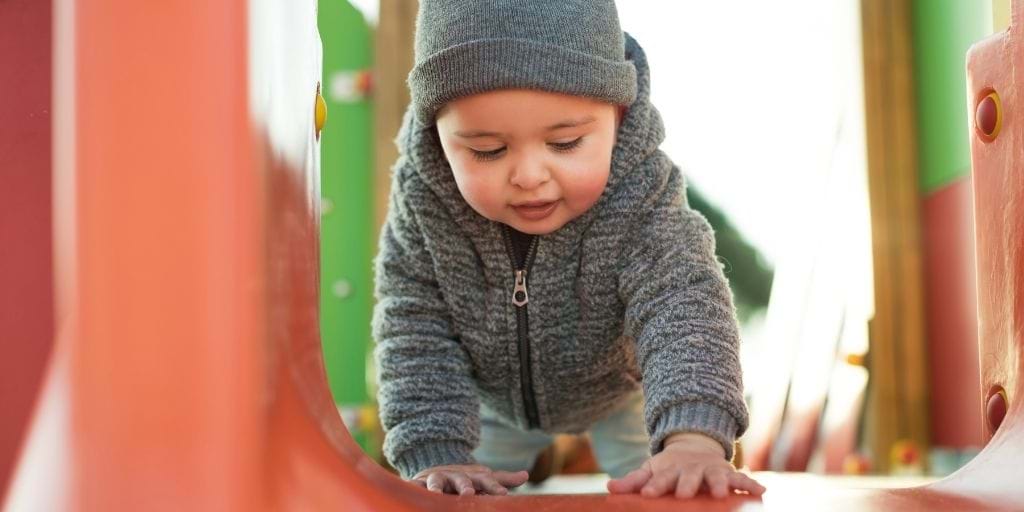 Urie Bronfenbrenner was born in Moscow on 29 April 1917 to Russian Jewish parents. When he was six, his family moved to the United States. Bronfenbrenner received a bachelor’s in psychology and music from Cornell University in Ithaca, New York in 1938 followed by a master’s in education from Harvard in 1940 and a doctorate in developmental psychology from the University of Michigan in 1942. Following this he joined the US military as a psychologist during the Second World War. In 1948 Bronfenbrenner joined the Department of Human Development at Cornell University as an assistant professor and throughout his career at Cornell he focused on child development and the impact of social influences on children’s development.

Bronfenbrenner challenged the research of others claiming studies and experiments in laboratory conditions, often with strangers, did not provide accurate outcomes because the environment is not typical of the one the child lives in or is used to.

Microsystem. This is the small, immediate environment the child lives in. Immediate relationships such as family, caregiver, school or day care. How these interact with the child will have an effect on how the child develops. The more encouraging and nurturing these relationships are, the better the child will be able to grow. How a child acts or reacts to these people in the microsystem will affect how they are treated in return.

Mesosystem. Describes how the different parts of a child’s microsystem work together for the sake of the child, for example, a parent taking an active role in the early years setting. In contrast if the child has two sets of carers and they disagree how best to raise a child this will hinder the child’s growth.

Exosystem. This level includes the other people and places that the child may not interact with often but will still have a large effect on their development, such as parent’s workplaces, extended family members and the neighbourhood. For example, if a parent loses their job, it may have a negative impact on the child’s nutrition.

Macrosystem. The largest and most remote set of people and things to a child which still has an influence over the child. The macrosystem includes things such as the relative freedoms permitted by the national government, cultural values, the economy and/or wars. These things can affect a child either positively or negatively.

Chronosystems. This includes the pattern and changes of environmental events and transitions over time. For example, it has been found that following a parents’ divorce, the negative impact on a child is more prevalent in the first year following the event and after two years family relationships and interactions are more stable. It also includes changing socio-historical circumstances, for example, the increase in women working full time compared to 30 years ago. 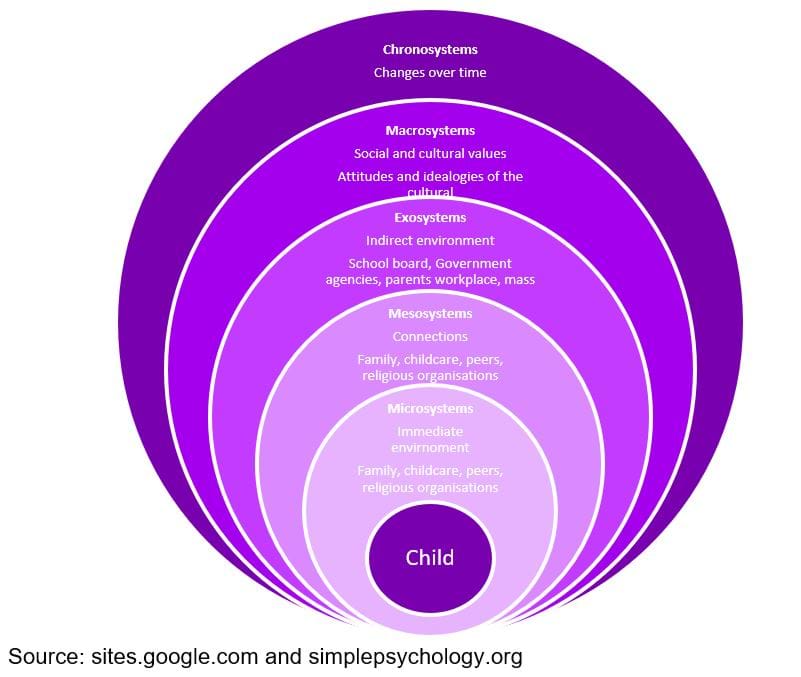 The Early Years Foundation Stage (EYFS) recognises and values the positive impact of environmental and relationship factors. Two of the four themes of the EYFS are Positive Relationships and Enabling Environments; these themes identify the importance of positive relationship to foster a sense of belonging and a strong partnership between practitioners and families to value and promote people and learning. The Development Matters (2020) document lists seven key features of effective practice, which again include the importance of a carefully organised enabling environment and strong and respectful partnerships between parents and providers.

The Statutory Framework for the Early Years Foundation Stage (2021) sets the requirement for every child to be assigned a key person. Requirements 1.16 and 3.27 include the need to build a relationship with parents and seek to engage them in supporting their development at home.

At your next staff meeting consider exploring how you, as a setting, seek to find out about the other relationships and environmental factors that have an impact on the children’s learning and development outside the setting. How could you use this information to strengthen opportunities in the setting?