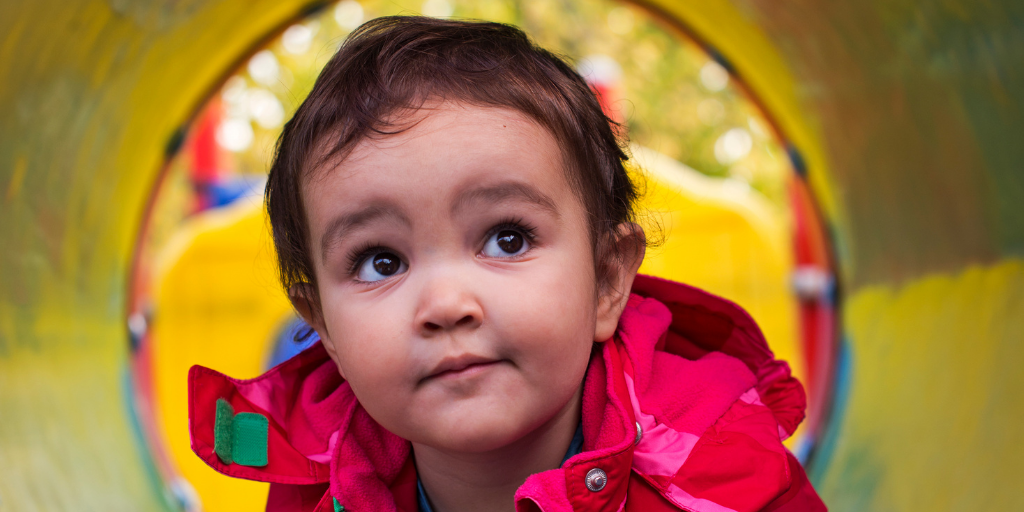 Maria Montessori was born on Wednesday 31 August 1870 in Chiaravalle, Italy. Her father was a financial manager in the civil service; her mother was well educated and an avid reader, encouraging a thirst for knowledge in her daughter.

Maria attended a predominately boys’ technical institute with the ambition of becoming an engineer. However, although she successfully graduated, she decided she wanted to study medicine at university, gaining a place at the University of Rome in 1890.

This was very unusual for a woman at this time and was not without its obstacles, as it was not deemed appropriate for women to study and experiment on human bodies, albeit those that had passed away. Her studies would invariably happen in the evening and alone. Maria graduated as a doctor in 1896 and was one of the first female doctors in Europe.

Maria was an unconventional and rebellious woman for her time, campaigning for the rights of women, children and the disadvantaged, risking condemnation by teaching women about sexual health and by having a child out of wedlock.

In 1899 Maria began studying children in, what was called at the time, a mental institute. Her observations identified that the ‘lack of engagement’ was the cause of these children’s problems, but by offering them practical activities (created by Maria herself), the children began to learn and to progress resulting in these children being able to sit state examinations and ultimately succeeding.

Her theories gained recognition and Maria was asked to set up a school in a poor area of Rome to teach children previously left to their own devices while their parents worked. Bringing with her the knowledge and activities from the mental institute, Maria set up the first Casa dei Bambini (Children's House) where the environment nurtured children’s natural desire to learn. Maria believed that concentration was the key to learning and so the environment had to be prepared in such a way that it fostered concentration.

Global recognition of the ‘Montessori approach’ followed and Maria travelled extensively to share her approach including to the United States, the United Kingdom, Europe and India, and wrote several books before settling in Holland.

There are many parallels between Maria Montessori’s original approach and the current Early Years Foundation Stage (EYFS). Maria identified the environment as the motivator for independent learning, a space that enabled children to choose and to act spontaneously. Furniture and equipment would be proportionate to the size of the children, not miniatures of adult resources but purposely created pieces made specifically for children, taking into consideration not just size but weight too; therefore, for example, enabling two two-year-olds to move a table if they saw fit. Activities had a purpose with the practical aim of preparing children for life.

The EYFS clearly identifies an enabling environment as a space for children to learn and develop in which their experiences respond to their individual needs, with resources that stimulate and promote rich learning opportunities and enable children to explore and take risks.

Maria clearly and consistently promoted the importance of the child as the independent learner who with the right environment will learn without an adult, and as a result Maria often refers to the role of the adult as the observer. 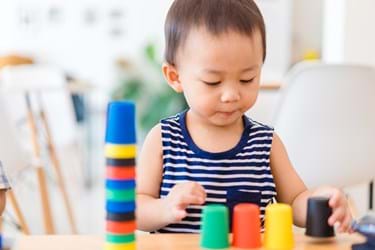 “The idea of leaving the baby free to act is one that is easily understood, but which in practice encounters complicated obstacles deeply rooted in the adult mind”

The EYFS recognises children as unique and constantly learning; it notes children can be resilient, capable, confident, and self-assured and should be supported to develop their own identify and culture. The characteristics of effective learning identify what adults should be observing to ensure effective learning is taking place. Maria believed children are natural learners. The child works for the joy of process rather than end result, that children needed to repeat activities over and over until an inner need was fulfilled. Children only stopped loving learning when they were forced to go against natural impulses, which could be why this approach is rarely seen in mainstream education delivering the national curriculum.

The Montessori approach is sometimes criticised for having a lesser focus on the importance of social interaction, specifically between adults and children. Maria comments positively on the role children play in supporting each other and in a 1946 teacher-training course said children “need the society of other children at this age”. By referring to the role of the adult as the observer rather than an active participant in children’s play or as a ‘teacher’ in the modern day understanding of the role, she reinforces the importance of teachers continually supporting their own learning; certainly something relevant and prioritised in today’s early years practice. Maria says of teachers: 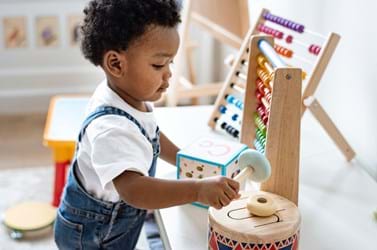 “It is not a question of giving a child a knowledge about the qualities of things, such as size, shape, and colour… nor is it her aim to train a child to use materials correctly… in our system it is left mainly to the child”

However, that is not to say that the key points of a positive relationship identified within the EYFS are not also present in a Montessori approach, for example, the EYFS places the role of the key person in knowing a child as an intrinsic part of a child’s learning and development, Maria (1909) writes “… we cannot educate anyone until we have first-hand knowledge of him”.

The prime and specific areas of learning and development within the EYFS have been created with the intention of giving children the necessary knowledge, skills and abilities children need to be lifelong learners and successful contributors to modern society. The Montessori approach also has the intention of preparing children for life; the activities Maria developed supported children’s physical and spiritual development, their speech, reading, writing, arithmetic, science, art and music whilst promoting practical life skills. 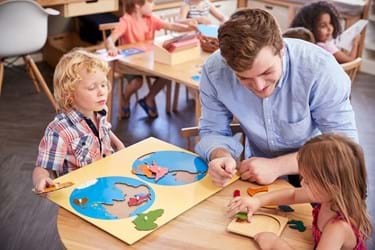 Food for thought when exploring your pedagogical approaches as a setting and how this impacts on your curriculum.