The Concept of Zero: The Greatest Discovery of Nothing 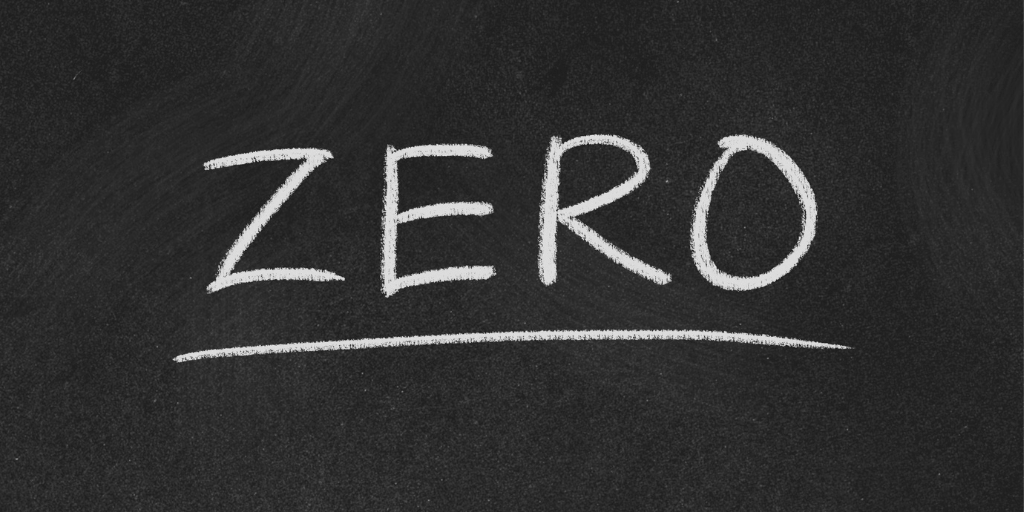 In our most recent Maths Network Meeting, we shared stories that aimed to raise expectations of what students know. With the attempt to start the self-fulfilling cycle of the Pygmalion effect which is proven to improve learners’ performance (Raudenbush, 1984, p.85-97). In particular, we shared stories of mathematicians and events that have made maths the discipline it is today.

But the one I wanted to write more about was where zero came from and why it was so important - even to classrooms today.

Humans have always appreciated a concept of nothing. You can almost imagine the early humans grunting for the lack of food or water or that nothing is on TV. Even in Genesis it documents a concept of nothing “And the earth was without form, and void”.

But the modern concept of zero is relatively new in the grand scheme of things. It was only in the fifth century where the introduction of a numeral was used for zero. Previously, the Babylonians (circa 300 B.C.) left an empty space in their number system, but when that became confusing, they added a symbol for zero as placeholder in the form of a wedge. A Persian mathematician, Al-Khwarizmi, made the most of using this placeholder, using it to develop quick methods for multiplying and dividing numbers, which were later known as algorithms — unfortunately recent events have meant he has gained a bit of a bad reputation.

But it still did not have the concept of zero we now know. The zero we have come to know has its roots first in India in 458 AD (Ghevergese, 2010). The Indians Zero (shunya, in Sanskrit) meant ‘void’ or ‘empty’. It was the Indian mathematician Brahmagupta (650 AD) who then penned standard rules for reaching zero through addition and subtraction as well as the results of operations with zero. These have since been refined and are contain with the 9 field axioms of mathematics. Introducing learners to this idea of zero, through the use of double-sided counters in a series of pattern spotting activities, can be extremely helpful.

E.g. the existence of the additive inverse creating a zero pair

And the additive identity (also shown as a zero pair)

The use of zero pairs can then help students understand what it is they do when subtracting a negative number.

So, if we subtract/takeaway the (-1) we are left with…

The only omission in Brahmagupta’s rules was division by zero, which had to wait for Isaac Newton and G.W. Leibniz to tackle in the late 16th Century. Division by zero has confused even the greatest of minds because the metaphors used in teaching seem to break down…

E.g. How many times does zero go into ten? Or, how many non-existent counters go into four counters?

But Newton and Leibniz laid the foundations for Cauchy (1821) to look instead at taking limits and looking at the behaviour of functions as they approach zero. In the case of differentiation by first principles this allows a concept of dividing by zero to be considered. Thus, enabling us to calculate the gradient functions which then helps interpret multiple fields of maths; including kinematics where we can connect displacement, velocity and acceleration.

Exposing students to alternative base systems other than base 10 can again provide historical context to explain imperial units and why there are 360 degrees in a circle. Since one of the most prolific applications of zero is in the world of computing and the binary base system. This created a divided world splitting the population into 10 types of people. Those who know binary and those who don’t. Teaching beyond the curriculum can ensure students fall into the former.

Zero is a concept that has a rich past and one that is not fully explored here. Sending learners off to do their own research can be one way in which learners develop a better understanding of maths as a discipline. But certainly, bringing in historically stories to the classroom peaks learners’ interest and cultivates an appreciation for the subject beyond the scope of a specification. Time spent researching a story or two can create those moments where learners are hooked and walk out of your lessons wanting to share what they have learnt with others.

To book a place at the next Maths Network Meeting that I will be running, please email me for more information: [email protected]

Wednesday 7 October 2020 - 4.00pm to 5.15pm
First in a series of sessions reviewing the strands of maths and various pedagogical approaches. This session we will look at how to handle, the often-difficult topic of, directed number and the varying approaches that can be used to aid understanding. If students do not understand directed number, they often go onto to struggle with abstract content. We will also look at dividing fractions, a topic that is often taught by rote learning and again look at how you can help students understanding so that they can tackle novel problems. Click on the title link for more information or to book.

Tuesday 13 October 2020 - 3.30pm to 4.45pm
Maths Workshops are designed to help teachers think carefully about how to plan a sequence of lessons that promote researched informed techniques that support students long term learning. In this session we will look at a how to plan the order of teaching and ideas for teaching finding the mean from grouped data. Click on the title link for more information or to book.

Both of these sessions will run as interactive Zoom sessions.

Understanding and Celebrating Neurodiversity in Education

By The Education People
Read more
Your Booking Basket