Make Your Own History

Make Your Own History

Make Your Own History - Enhancing Your Pupils Historical Understanding and Knowledge.

Make Your Own History is a marvellous hands-on experience for children which is delivered through living history workshops to schools. These workshops are most suitable for KS2 pupils, but can be used for other ages and abilities.

The fun-filled activities within the workshops use a variety of learning approaches to support children and young people to solve problems as they work in teams, whilst learning about history. It is a team-building experience like no other as the children and young people will immerse themselves in history for the day as they assemble scaled artefacts from a variety of historical periods.

The Make Your Own History activities have been designed to:

If you have any questions regarding Make Your Own History, or would like to find out more, please contact our friendly team.  We also have a list of FAQs which you may find helpful too.

What Historical Topics can be Covered Through Make Your Own History?

Make history come to life with one of the following Key Stage 2 workshop days:

We bring everything needed for the pupils to build to create a 3m diameter Bronze/Iron Age roundhouse as well as other related activities for the children to experience. This workshop covers over 12,000 years of history! It starts at around 10,000BC and finishes at 43AD when the Romans invaded Britain. The activities are carefully chosen to relate to this span of time.
During the day, the children will:

We bring everything you need to create a 3m x 3m Egyptian pyramid. The pyramid rises to 2.4m at the capstone and contains 240 blocks of ‘stone’ which is roughly equivalent to the number of real stone blocks the Ancient Egyptians fitted into place each day! The pyramid contains a secret entrance and passageway that leads to the burial chamber deep within the pyramid itself. Small children can crawl through this if they are brave enough!

During the day, the children will:

We bring everything you need to create a quarter scale, 6m long Viking longship in your school hall that is large enough for children to “sail” when it is complete. Your children will become Viking shipwrights for the day.

During the day, children will:

Become Roman Legionaries for the day and build two Roman ‘Onagar’ catapults and a Roman battering ram; the pupils all get a chance to fire the catapults at the end of day!

During the day, the children will:

We bring everything you need to create a Tudor house in your school hall that is large enough for 30 – 40 children to stand up in. Your children will become Tudor craftsmen for the day.

What Does a Make Your Own History Workshop Look Like?

As well as constructing large-scale artefacts pupils will enjoy a range of activities specifically related to the main project, related to your chosen topic from the list above. This would give the pupils an insight into the processes involved in building a Tudor house, a Viking Longship, an Egyptian Pyramid, Iron Age Roundhouse or Roman siege weapons (which are very similar to Greek ones).

How Big are the Buildable Artefacts?

The scale of the artefacts is impressive so we would need a large space, such as a school hall, to be able to deliver the workshops:

How Many Pupils Can Take Part?

Make Your Own History days can work with up to 60 pupils in a day (2 classes) or as a single class, all based around your normal school day timetable.

The pupils work together in small teams over the day to build the main central historical model, as well as taking part in all the other associated historical activities - learning historical knowledge, experiencing what life was like and experiencing teamwork and problem-solving skills.

Which Areas do We Cover With Make Your Own History?

If you have any questions regarding Make Your Own History, or would like to find out more, please contact our friendly team.  We also have a list of FAQs which you may find helpful too.

Some Fantastic Images From Previous Make Your Own History Sessions. 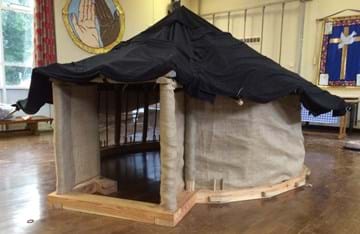 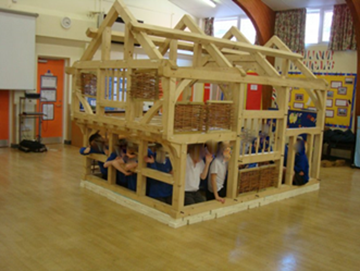 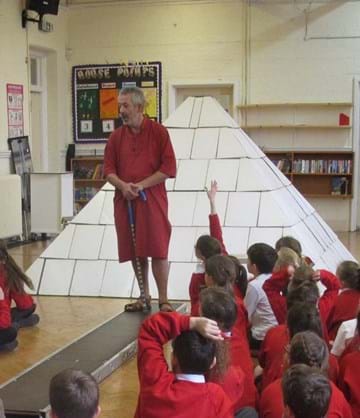 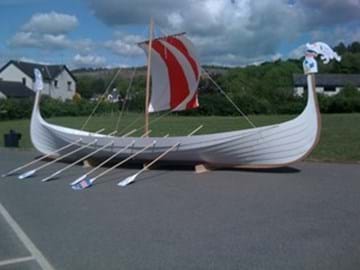 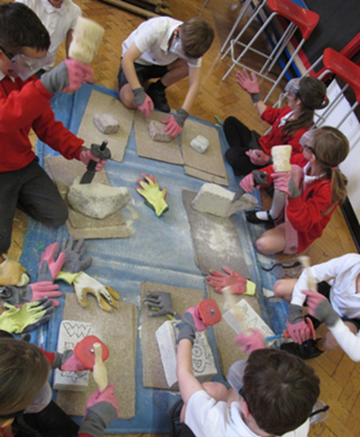 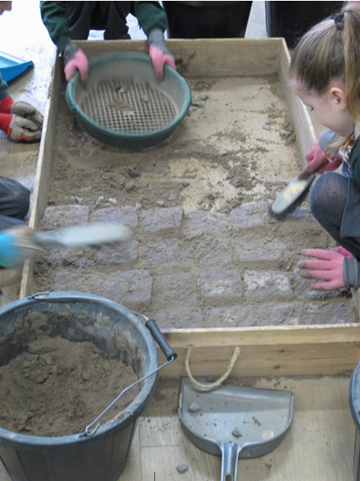